It was little Elliot who turned the lovely musical family moment into a party with his enthusiasm and his clapping. He clapped each time Suzy finished a song and we clapped with him and I couldn't stop laughing he was so funny. Here is a little clip of the lovely time we had that night.
Soon he turned to a new task. Lucy was loading the dishes from our dinner into the washing machine, a task the dogs always help her with as their favourite occupation is licking the dishes. Elliot being the same height as the dogs, joined them and I had to capture that on video too. He is so funny.
We were up till quite late and it was getting time to bathe Elliot and put him to bed. He goes to bed so late compared to the French kids who go at about 7.30 whereas his bedtime starts at 11 pm which is very Spanish and rather too late for a baby his age. On the other hand we love having him during our family dinner times.
The day ended late for us too. Eladio and I watched some rubbish on TV - a silly Mexican soap opera which we shall not be continuing and then both being still awake talked until late into the night. Even so I was awake this morning at 5.50. I couldn't sleep any more so up I got to feed the dogs and enjoy my first cup of coffee of the day in peace.
Today will be another scorcher but thankfully we will be able to reclaim our part of the pool and so cool off whenever we want.
Next week will be a quiet week without Elliot and Oli who will be returning to their flat when Miguel comes back from Valencia tonight. Grandparent duty was a a responsibility but on the other hand we have had a lovely week with him and both our daughters; a time we will look back upon fondly.
This week has seen a surge of new cases of coronavirus all over the world and in Spain the numbers are not good with hundreds of new outbreaks. I can only hope they get contained and the numbers don't go up next week. I am praying we won't have to go  back into lockdown. Worldwide there are now nearly 20 million cases and the death toll last night was 729.666 but these are only the cases and numbers that have been recorded. For sure there are many more.
On that worrying note,  I shall leave you now to publish this post and print a copy for my most avid reader - my father - and then get on with the day. Wishing you all well, cheers until next Sunday,
Masha
Posted by Afternoon Tea and Talk. at 11:28 PM 0 comments

Sunny days in Montrondo, Coronavirus cases on the increase, record number of twins in the village, Suzy had to leave, 37 years ago we were officially married, found our house in Asturias and other stories. 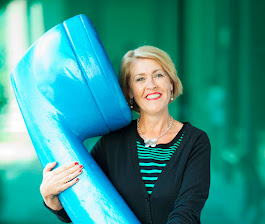 Multicultural of Anglo Russian background, has lived in Spain for many years. A PR professional in the telecoms sector who is passionate about internet, this blog and social networking, amateur photography and travelling. Married to Eladio and Mother of two beautiful girls, Susana and Olivia. My philosophy is to enjoy life to the full and that happiness is achieved through the small moments of joy such as reading the newspaper with your partner on a Sunday morning. It's as simple as that and is also called "carpe diem"